While it would be arrogant to refer to The Gryphon Pantheon as a “compact” loudspeaker, it is, despite its imposing, stylish presence, the slimmest floor-standing model in the exclusive, luxurious Gryphon Audio Designs loudspeaker range.

Drawing heavily on proprietary, innovative technologies and customised parts developed for and introduced in the Gryphon Pendragon and Trident II loudspeakers, the Pantheon lives up to the same exceptional standards of musicality, build quality and stylish design for an enhanced musical experience with soul and vitality.

In keeping with every Gryphon loudspeaker before it, the Gryphon Pantheon incorporates specially developed constant phase technologies to ensure that all drivers are in phase at all frequencies at all times, eliminating deleterious slurring in the temporal domain, allowing the Gryphon Pantheon to re-create the original acoustic event with holographic realism and ultimate resolution.

Like all Gryphon loudspeakers, the high-frequency range in the Gryphon Pantheon is handled by an extraordinary Air Motion Transformer (AMT) drive unit that moves air by driving an extremely low-mass folded metal sheet in a semi-perpendicular motion via a powerful magnetic field for instantaneous response to the audio signal.

The cone drivers are custom designed for low Q and minimal dynamic compression to our exacting specifications by an internationally respected Danish driver manufacturer.

The dual 8” bass drivers have been specially developed and mounted in a precision-tuned reflex chamber to achieve levels of bass extension and power rare in any loudspeaker, regardless of size and cost. The triple-magnet motor system ensures maximum force and focus.

The tightly focused, ultra-linear triple-magnet system is also implemented in the dual 5” midrange drivers in order to ensure total control of the motion of the layer-damped fiberglass cones. Specially developed surrounds match the geometry of the driver diaphragm and the dust caps are non-deformable, low-mass and highly rigid.

To achieve the ambitious objective of perfect phase at all frequencies and realize a truly seamless integration of the selected drive units, a fourth order filter network is utilised based exclusively on the finest components (Duelund, Jensen, Holm, Mundorf) in a layout carefully calculated to eliminate electromagnetic interaction and fitted to a decoupling platform to prevent vibration.

The crossover network is pre-biased by a 18 V battery for constant charge to the electrolytic capacitors in the impedance correction in order to eliminate crossover distortion at zero electric potential, resulting in audibly enhanced stability and substantial gains in body, timbral colour and image coherence. Operating the battery-biased crossover in “Class A” mode ensures a smoother, more richly detailed three-dimensional presentation.

Tall loudspeakers with multiple drivers mounted in a long front baffle inevitably encounter issues of diffraction, resonances and flexing in the long, wide panel due to cone motion and the considerable pressure build-up inside the cabinet. Typically, manufacturers apply elaborate, complex measures in an attempt to tame these phenomena.

At Gryphon, we adhere to the old adage “An ounce of prevention is worth a pound of cure.” In short, our “solution” is simply to elegantly sidestep these problems altogether.

To do so, Gryphon Pantheon incorporates independent baffle elements for each driver, breaking up the pathway through which vibrations would otherwise be transmitted in a single, shared baffle. With an overall thickness of more than 7 cm, the organic design of the Pantheon baffle becomes the next best thing to an immovable object.

Meticulous attention has gone into the contouring of the baffle and driver surrounds to eliminate diffraction. Sound-absorbent material on reflective surfaces near the AMT high frequency driver prevents diffraction and smearing in the crucial time domain.

The substantial feet provide a rock-solid foundation that lends the Pantheon system a firm grip on musical reality.

The exterior design is distinctively Gryphon with a wide range of custom finish options and the opportunity to personalise your Gryphon Pantheon in the real-wood finish of your choice. In selecting a finish for your Gryphon Pantheon loudspeakers, the possibilities are limited solely by your imagination. Because the side panels are based on a modular construction that makes removing and replacing them child’s play, your choice is no longer a one-time only, lifetime proposition.

As a Pantheon owner, you gain access to virtually unlimited custom finish options, not only at the time of original purchase, but also at any time after that, as often as you desire. 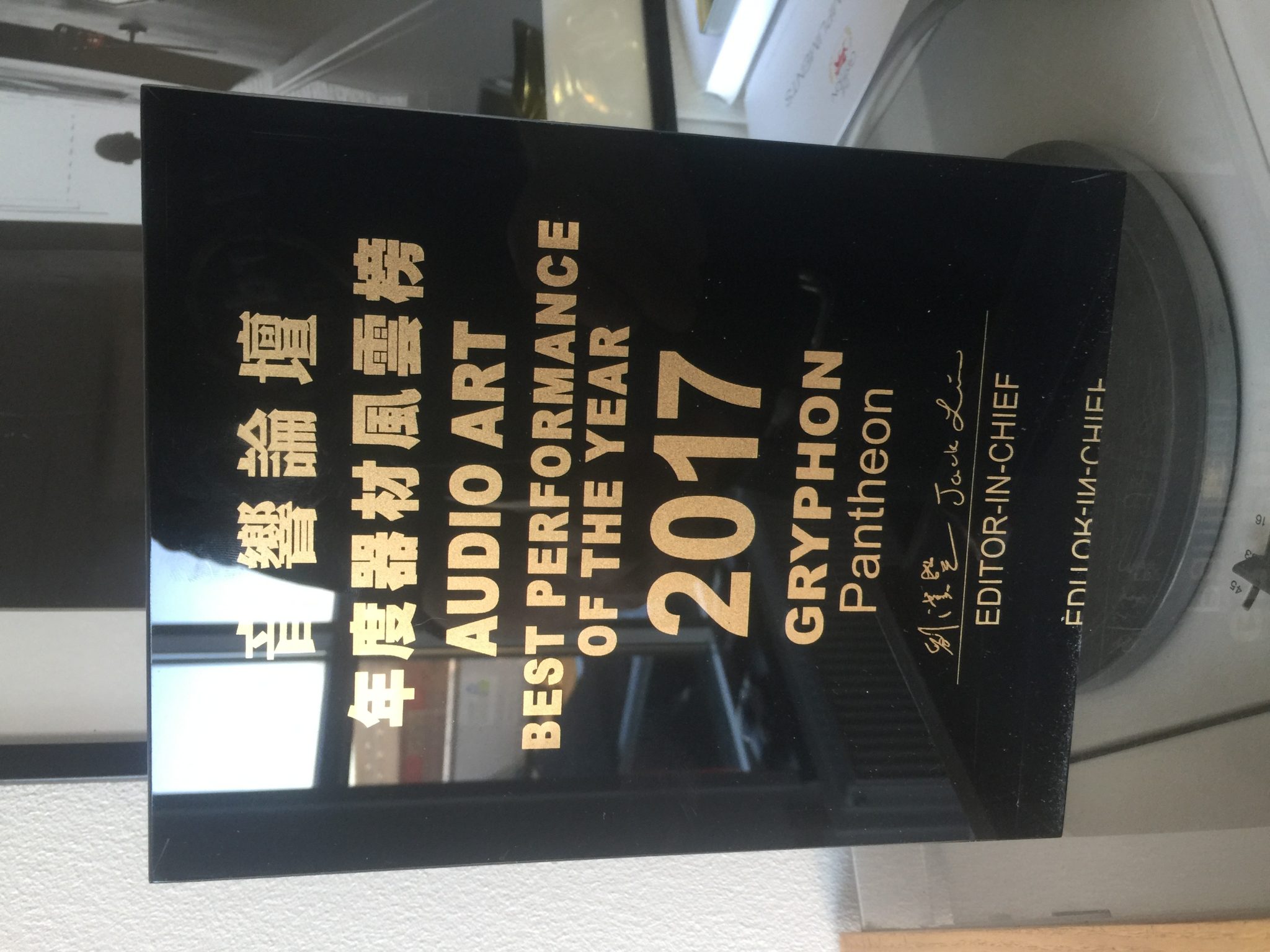